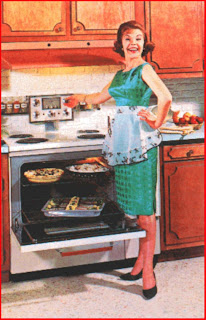 They'll feast on Who-Pudding and Rare-Who-Roast-Beast. Roast-Beast is a feast I can't stand in the least!
- The Grinch

Ugh! You're not going to believe what I just did. Well, if you know me very well maybe you will.

So you know that I've been trying to cook more lately, right? Last night we had homemade chili and it was great despite one small thing. Joey tasted it and really liked it. Then he said "What's that sweet taste right at the beginning?" Oops. I bet that came from the fact that I had an accident with the cinnamon when it came out in a huge clump that was definitely not 1/4 tsp. What can you do? But it really was very good, just a few bites were, ummm, extra cinnamony. Cinnamony Chili, my specialty. That was last night.

Tonight takes the cake. It is crock pot roast. I came home at lunch to put everything together. I threw the onions, potatoes, carrots, and meat and left feeling like Suzy Homemaker. I walked in the door from work to the delicious smell of roast. Is anything better than that? I bet if you could take a bite of the air it would taste like roast. I opened the lid to savor the delicious smell and then told Joey he better hurry to the gym because it would be ready within an hour.

He's at the gym right now. I should have told him to take his time. What I didn't notice is that I accidentally set the crock pot on low. So it's been cooking for 4.5 hours on low instead of high. I just looked up how long it should take if it's been cooking on low. Try 8-9 hours. Joey and I will be sitting down to a delicious pot roast somewhere between 9-10 PM tonight.

Hmmm...better start looking for a snack.
Posted by Jenny at 6:45 PM