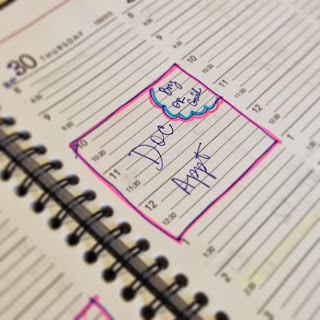 Did you know that the day after tomorrow we'll know?
Posted by Jenny at 10:55 PM 2 comments:

I've been a quiet blogger over the past many months, but now I just can't be quiet any more. I've been wanting to write about our news from the moment we found out. We're pregnant! Our little one is due in October and we are beyond excited. This is something for which we've been hoping for a while now and I want to document every bit of it on this blog. However, there's been a pause each time I start this post.

This little joy that's poking me in my side at this very moment is also tied in my mind to another joy we lost. I feel that bringing up this life I'm carrying without bringing up the little life lost almost 10 months ago would be a sort of injustice. We lost a baby at a little over eight weeks this past year.

It's taken me 10 months to write that sentence. Not being able to write, at least in my case, is kind of a funny thing because all too often it's quite the opposite. I love journaling and getting my thoughts out in type or on paper. But in this case, where words may come off the tongue and disappear with a breath, the written word brings a measure of finality.

I will write about the experience of miscarriage one of these days as there are others who are going through or will go through the same thing. But it will not be today. Today is about two joys. One we were blessed to know for eight weeks and the second, 19 weeks and 3 days to date with an impending arrival of October 2013.

They are both blessings from the Lord; no matter the life span, each ordained by God with a purpose here on earth. Sometimes those purposes only make sense in light of heaven. The Lord's timing is perfect and always good.

Now, there are lots of good things in store for this blog. Much to share and much to ask. But for now, I'm just reflecting on God's goodness and grace.


For you formed my inward parts; you knitted me together in my mother's womb.
I praise you, for I am fearfully and wonderfully made.
Wonderful are your works; my soul knows it very well. - Psalm 139:15
Posted by Jenny at 7:04 PM 1 comment: