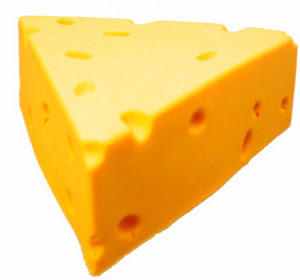 I have a relationship with cheese that is borderline co-dependent.

Cheddar, feta, gouda, brie, parmesan, blue cheese. I love it all. I could be a cheeseologist.

In college and for about a year or two thereafter, I embraced the philosophy that "Everything is better with a little cheese on top." Then I started working in the alternative health care industry and realized the error of my ways and the potential inches my obsession would add to my thighs.

After numerous sessions with my Cheese Shrink and much to the chagrin of the Dairy Farmers of America, I have taken our relationship down a notch and only consume mild cheddar occasionally.
Posted by Jenny at 5:40 PM 3 comments: 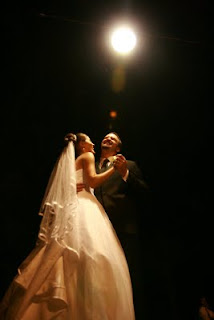 Today is our second wedding anniversary.
Can I just tell you something? I love love being married. To Joey. That's the key for me.

Joey is my best friend.

He's is the most anticipated, yet unexpected blessing I've ever received. Paradox?

I had this picture in my mind ever since I was a little girl of the man I would marry. A mental line up of characteristics this guy would have. I think all girls have this idealized perception.

And I am so grateful! My husband makes "that guy" pale in comparison.

Sure, a lot of the attributes were on the list, but he made them better. It's funny to think that Joey is the one that I have been praying about since I was a little girl. God provided what I didn't even know that I needed.

That's just how God rolls. Your plans and dreams are never quite as big as His. And they're certainly not perfect like His.

Is our marriage perfect? Nope. Goodness knows, marriage brings all selfishness to light. Isn't that part of the plan? But it is in those perfect imperfections that we learn what it really means to love. That's God's intention for marriage. A little glimpse into what Love really is.

So I am thanking God tonight for provision, grace and for giving me a picture of His love through my husband, Joey.

Just for memory's sake, Joey played the song below for me a few months after we started dating. While we were on the way to somewhere. I knew he shared it on purpose. Thank God I was in a moving vehicle, because if I could have gotten up and ran, I would have. The thought that the whole thing was for real scared me to death! But I knew he meant it. About six months later we were dancing in the picture above to the same sang. This time I wasn't running.

Two years and counting...
Posted by Jenny at 8:05 PM No comments:

I know this is out of the norm, posting on a Saturday. But hey, this is my blog party and I can post when I want to.

Really, this is the only "play" time I've had for about two weeks now. OK, slightly dramatic, yes. Things have been busy. Good busy, but all time has been "scheduled". I'll tell you about it later this coming week because I've decided that this is my therapy. I need to blog.

So, I'll probably be playing catch up with you on what we've been up to. Starting with...

I don't wanna talk about it.

So let's talk about the shopping that I did instead. Deal?

My present from Joey was a shopping spree. That's what I asked for, although he did get me a few extra surprises such as one Halloween decoration (I would have loved to see him carrying that around Michael's, or him just being inside Michael's would do), a salad spinner and an extra large cutting board. Loved these little surprises!

The two latter gifts he said were items he felt that I needed. The first, he saw at a friend's house and thought that I should have one. Salad envy I guess. Interesting considering THIS character trait. The second, he has watched numerous veggies take the ultimate death leap to the floor because my tiny cutting boards just aren't cutting it. I'm sure all future fruits and vegetables will be grateful to go out with more dignity because of Joey's gifts.

Back to the shopping. I don't know what the heck I wore last fall. Really no clue. Apparently, my wardrobe consisted of an A&M sweatshirt and two long-sleeve t-shirts from Target because those are the only remnants of my fall wardrobe. I don't recall streaking, so I must have worn something.

Scarves, maybe it was scarves. Unless I planned on making a toga out of my scarves, clothing additions were necessary.

I made three stops: The Limited, Ann Taylor Loft (gift card in tow) and Fossil (where I bought three overpriced t-shirts, but I love them and plan on wearing for at least four years. That's what I told Joey. A t-shirt investment.).

After shopping, Joey's plan was to take me to my favorite little Italian restaurant in Katy. A nice quiet evening.

Considering my age, my kind of celebration. When we walked in the hostess said that we might want to be seated on the left side of the restaurant as there was a large party on the other side that could get a little loud. Joey said we wouldn't mind. I jumped in and said, actually yes, please seat us opposite of the party. I'm too old for noise.

Joey insisted we sit near the party. Fine, whatever.

I thought I recognized a couple sitting at the back and thought geez, how funny that we would be at the same restaurant!

It was my party.

That little sneaker had all my friends waiting for me!

I really was surprised. And I can't believe I was so dumb! I'm usually the worst at surprises because I sniff them out way too early. This is partially why I don't like surprises: I am never surprised and always have to fake it for the planning party.

And we had a great time! It was still a nice and quiet evening, but full of fun! After all, my friends are almost 29 too.
Posted by Jenny at 11:24 AM 2 comments: 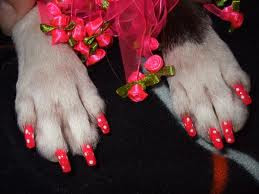 I'm not necessarily a "dog lover".
I'm not one to let dogs just clamor all over me and I hate it when big dogs jump on me.

This may or may not go back to a black poodle with blue-painted toenails biting me as a child.

And yet, I have three dogs living in my home right now.

Gus and Bogart were planned, so to speak. Mocha was as they say, "a surprise".

I like dogs. I love my dogs. I've been known to put pictures of certain dogs on this blog. Our big dog jumps on me. The irony.

None of my dogs will be allowed to paint their toenails blue.
Posted by Jenny at 11:44 AM 2 comments:

Going to the Chapel & We Almost Got Married 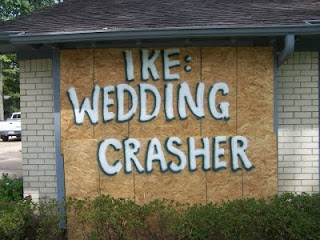 Ok, we didn't even make it to the chapel. In fact, the chapel didn't have electricity.
There are many things that come to mind on this day: weddings, hurricanes, and tears.

And then there are trees in houses, no electricity, lost lives and way of life, and picking up sticks, lots of sticks.

All the same, but two separate streams of thought. One selfish and the other humbled.

Oh the trauma that all of this caused. To think of the havoc that it wrecked on our marriage: the glitch in the brain when someone asks you when you got married, "September thir..., umm twenty-seventh!

That's it. That whole big hub bub and that's the only remnant. Well that, and the Ike commemorative coffee table book that Mom bought us for Christmas. Thanks, Mom.

When girls ask me if I could do it all over again, would I rather have a traditional wedding or elope, I just have to say that I'm not the best person to ask.

Now, the marriage? Yes, most certainly. I would always be ready to say yes to that again.

You can read about our wedding crasher HERE and see wedding pictures HERE.

We will be celebrating from today until the official day, September 27th. It's only fitting.

Guess where we're headed off to this weekend?


How about Petal, Mississippi?

Yes, the booming metropolis of Petal is our destination. Why Petal, Mississippi? (by the way, can't type Mississippi to save my life!)

Because that's where Joey spent his high school years. And yes, it's that time: 10 year high school reunion.

I don't know about you, but I wouldn't go back to high school if you paid me a million dollars. I guess it depends on your experience and situation, but that's just my thought. Awkward. Awkward is what comes to mind with high school. I think mine and Joey's experiences were slightly different. I just have this feeling.

This is what I'm thinking his experience might have been akin to...

At least this is what I'm imagining. This is what's in my mind for a cute, popular, star football player. Girls following him around and all. He swears this isn't true, but I'm not so sure.

And then there's my experience. Which, was a little different. In fact, if Joey and I would've met in high school it would have been more like this:

I've explained to Joey that this song is us played out in high school. That's me, minus the cute blond look and instead of a clarinet I had a literary criticism book. Oh and it didn't have that story book ending until nine years later.

Needless to say, boys were certainly not following me around in high school.

It's not surprising that Joey is looking forward to his reunion and seeing friends. But I have to say, I'm fighting a slight inferiority complex of hanging out with football players and cheerleaders. I'm wondering, if I'll be outed as the nerd that I am.

I know, this is completely ridiculous, but it sticks with you, ya know? Anyway, thank goodness it's cool to be a nerd these days, no? Or at least when you grown up! :)
Posted by Jenny at 12:54 PM 4 comments:

September Book: The Life of Pi 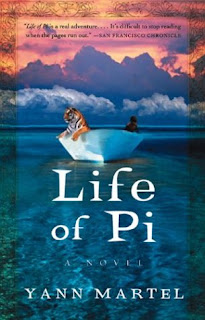 We've chosen our September book of the month! Yann Martel's Life of Pi. Just let me know if you want to join in the discussion. We meet the last Monday of the month.

I'm so excited! I've been wanting to read this one for a while. I generally read two books each month for work, so squeezing in an extra book for pleasure can be a little tough.

If you've read it, leave a comment and let us know what you thought OR hold your peace until we read the book. :)

P.S. This week has been busy so I'm sorry I've left you postless up until now. I promise I will post tomorrow.

Meanwhile, hope your day is on the exponential!
Posted by Jenny at 12:33 PM 2 comments: