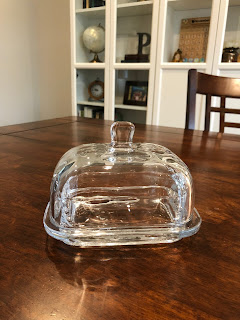 If there is one thing that seems to raise an eyebrow, it is when people starting eating outside of the conventional box. Don't mess with the food. Especially not the bacon. We've been on and off again Paleo/Whole30/Yeast-free people for a long time. I would say before it was cool. People don't blink an eye when you use these terms anymore. It used to be "Say whaaa?" when you told them you were eating Paleo. I worked in alternative healthcare for several years on the marketing/education side of things, advocating this very lifestyle so we're pretty familiar with this way of eating. While I was a professional in this arena I also followed the plan fairly well personally. Years later when I took a new job outside of the wellness world I did allow more things to slide, but a lot stuck. Most importantly, I had an understanding of the Standard American Diet versus a whole foods diet. Once you learn something, you can't unlearn it. However, you can purposefully choose to repress it and eat Mexican food and queso (can I get an 'amen'?) for dinner every night because yum, but you're at least aware of the consequences. Don't ask me how I know this.

But why are you doing this? I know that's what you're asking. But cheese...but meat...but bacon? I'm asking it too as I'm looking at my empty butter dish. I ask myself this question a lot and then I look at my husband and my kids. We've had a significant health scare. I'm not going to go into all the details here because it's my husband's medical history. He doesn't mind me sharing truly, but for now we can have that conversation about details in person rather than on this blog. We received several test results that were startling for his age. The options were few and not great. We were looking at medications with loads of side effects for the rest of his life and a poor prognosis even with those. While we went to doctors and figured out the best course of action, everything else has pretty much been on the back burner. There is also a certain amount of grief that comes with knowing such things.

Now, why plant based? First may I say, the Paleo/Whole 30 diet is vastly better than the Standard American Diet. It eliminates a lot of simple carbs, processed foods and dairy. In fact, when we first knew that things needed to change after receiving preliminary results back in early August, he started back on Paleo/Whole 30. But as additional test results came in and the seriousness became apparent, we began looking for something that would not only prevent more damage to the heart from occurring, but also one that could actually REVERSE some of the existing damage. Modern medicine told us that it was irreversible. A plant based diet has had some success with actually reversing the disease. We're hoping to trigger the body into beginning to heal itself.

As with so many other times in our life, God prepared us in unexpected ways for this new journey. While we were in the rent house during the Harvey Affair (I think I'm going to start calling it this as it has a certain dramatic ring to it) I just happened to come across the book The China Study by T. Colin Campbell on my library app. I was familiar with this book because back when I worked in alternative healthcare, after reading it my steak-eating boss went raw vegan. References to the China Study came up often during my time working in the wellness world. Not exactly the historical fiction that I gravitate toward, but I downloaded it. The research on the plant based diet was fascinating. After reading this book, we watched Forks Over Knives among other documentaries on Netflix and I was surprised to see so many names that I was familiar with from my days in alternative healthcare. Dr. Caldwell Esselstyn, Rip Esselstyn, Neal Barnard...all these people I was familiar with were proponents of a plant based diet. I don't know how I missed this 15 years ago! What was most interesting to me was the diet's impact on heart disease specifically. Personally, I began to eat less meat and increased my veggie intake, but for the most part I filed it away.

Fast forward eight months and here we are. I asked the first cardiologist we visited what he thought about the plant based diet and his eyes lit up. He said it would certainly be the best plan if you could follow it and gave me a few more titles to look up including Reversing Heart Disease by Dean Ornish, Michael Greger's How Not to Die and Caldwell Esselstyn's Prevent and Reverse Heart Disease. We thought, what the heck it's worth a shot.

Thus began our trek into figuring out what this whole food plant based diet is all about. It has been a learning curve for sure. We've watched loads of YouTube videos from plant based conferences, subscribed to so many podcasts and have read a ton both on and offline. I still feel like I have so much to learn!

What does 'plant based' mean? No animal products - meaning no meat, dairy or eggs. This is vegan as well. However, we are focusing on this diet for health so the goal is to make our food as nutrient dense as possible. This means lots and lots of fruits and vegetables. Nuts, seeds and some grains, but they must be whole and as close to the original form as possible. This is where the 'whole food' emphasis comes in.

I've learned more about food in the last month and a half than I ever expected. I've had to totally throw out my old ways of cooking and learn new methods. In the case of plant based folks who are eating for heart health, they typically do not use oils. No olive oil, coconut oil, avocado oil, etc. I've become a professional label reader and I'm also that annoying person who asks people a bunch of questions before purchasing food items. My grocery basket cracks me up every time I leave the store. I buy strange things like medjool dates, bulgur, and swiss chard along with the entire produce section. Also odd, I don't even venture into the meat or dairy sections (sigh, cheese).

Joey has been eating plant based since the day he received the offending test results. He threw away the Blue Bell and the beer that very evening. Not one cheat this whole time. If you know my barbecue and ribs lovin' husband, this is shocking. But he has truly amazed me. I am so proud of him. His friends have been great and have met him at places where he can stick to his plan. He's become a connoisseur of lentil soup. One can only laugh. When I've asked if he's sure he wants to do this, he responds that he loves spending time with me and the kids more than he loves steak. I love this guy.

We found a board certified cardiologist who is a proponent of plant based eating and Joey has been under his care for two weeks. He's a little over a week into a 28 day raw plant based detox among other therapies.  Thankfully, you have the option to get the food from the facility so the burden is not on us to figure out suddenly how to eat raw vegan for 28 days. By 'raw', I mean no cooking or real processing. Oh, and no coffee during the detox either. Where's a sad and horrified emoji when you need one? It is a tough regimen no doubt, but at the end of the 28 days he'll transition to a "regular" plant based diet. Lentil soup will be like Turkish Delight at this point. So far, he's ten pounds away from the goal weight that the first cardiologist gave him. His blood pressure is awesome and his cholesterol and triglycerides are now within the normal range. This is amazing considering where they were in August.

In the meantime, I'm testing out recipes on myself and the kids. Joey and I ate plant based last month and the kids ate maybe 70% plant based. Y'all, my kids are eating so many veggies! They try almost everything. I've had some homeruns and a few strikeouts, but I'm proud of them too for being so adventurous. We've been talking a lot about eating foods to fuel our bodies.

We're taking it week by week, result by result. In the end it will be about works for Joey. Does this mean we won't eat meat for the rest of our lives? Probably not to that extreme, but at this point it looks like it will be more of the trend for our family as we're a team. This isn't a decision based on fear, it's based on hope. It's taking a lot of stuff out, but putting a whole more of the good stuff in. I think we can get used to that. Now, what to do with all my butter paraphernalia?

Oh and before I forget please, please still invite us to dinner and parties! We'll either let you know what we can eat or we will bring our own stuff. It's not a big deal. We're not your vegan friends, we're just your friends and we still want to hang out.

Sincerely,
Hiding in the Closet Eating Bacon (just kidding...sort of)