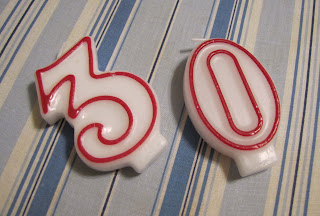 Did I tell you that my husband turned the big 3-0 this month? You know why this is slightly disturbing? Because this means that this very same number is right around the corner for me.

We celebrate for the whole first half of the month. Over the Fourth of July we always go to his parents' lakehouse in Louisiana where we salute all of the July birthdays in the family with a cake from their favorite bakery, Treina's. Joey and his cousin, Maggie, received their own cake as they were turning you know what. 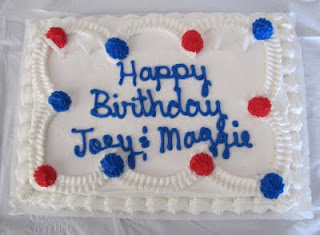 Mr. Petey makes things like jambalaya, crawfish etouffee, gumbo and fried fish. He's like the Cajun male version of Paula Deen. And as usual, there's always a lot of this: 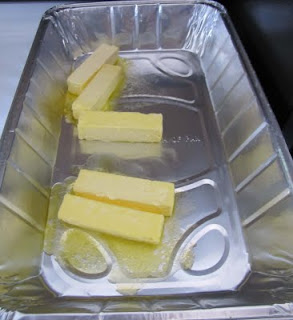 We had a great 4th of July and had tons of fun with family. 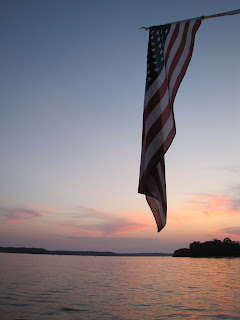 And then there was my Gift Fail. We had agreed that he would pick out his Big Gift and I would get him a Little Gift. Now, before I tell you what I got the guy who has everything, I must say that I had did not pull this gift idea out of thin air. There had been many positive comments made that led me in the direction. At the time, I felt secure in getting it. You're going to think I'm an idiot.

I got him a gift certificate for a pedicure.

Dumb idea. I'm not going to go into why I thought my manly husband would like this, but I promise it was legit. He flat out laughed when he opened it.

Well, that was because it was an empty box. The lady forgot to put the gift certificate in the box.

I told him what it was, then he laughed again!

He's turning it in for a massage.